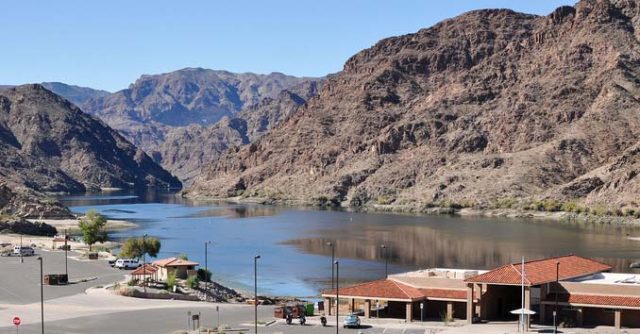 Great news for Arizona and Nevada Anglers, The U.S. Fish and Wild Life Service has announced that the Willow Beach National Fish Hatchery (NFH) in Willow Beach, Arizona will restart its trout stocking program. This is welcome news for those who fish this section of the Colorado River! 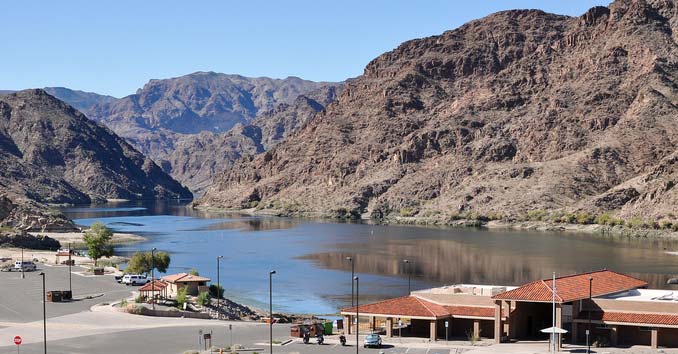 A new water intake for Willow Beach National Fish Hatchery (NFH) in Willow Beach, Arizona, has been built and tested in Lake Mohave, and that is good news for anglers and conservationists.

A much awaited rehabilitation of the water supply intake for the federal fisheries facility has proved fruitful. The floating platform system was tested on July 26, 2016, and is working well. With an assured, reliable cold water source, rainbow trout production can restart.

“After a catastrophic infrastructure failure, we worked collaboratively with Senator McCain, Senator Flake, and Representative Gosar, Mohave County, and Arizona Game and Fish Department to solve the problem,” said Dr. Benjamin Tuggle, Regional Director for the U.S. Fish and Wildlife Service’s (Service) Southwest Region. “It’s been a long time in coming, and we understand the concerns of anglers and the tourism industry in the Lake Mohave area to get this project back on line. We are pleased to have the hatchery back in operation to produce important fish.”

Fishing is also good for the economy. Based on information published in 2006 (the latest available), by the Service on rainbow trout produced at Willow Beach, hatchery trout generated 4,067 angler-days and $247,300 in retail spending, with an attending $14,600 in motor fuel tax, $3,300 in state tax and $20,300 in federal income tax returned to the public coffers. The total economic output slightly exceeded $473,000. The Service’s Fish and Aquatic Conservation Program, which includes 69 other national fish hatcheries, has a total economic impact of $3.6 billion. For every single federal tax dollar invested in the national fisheries program, $289 return to the economy.

To jumpstart the rainbow trout program, the Arizona Game and Fish Department will provide about 60,000 five-inch rainbow trout. This should enable the crew at Willow Beach NFH to stock catchable-sized trout for Colorado River and Lake Mohave anglers as early as February 2017.

Additionally, disease-free rainbow trout eggs are anticipated to arrive at Willow Beach NFH in November 2016, through the Service’s National Fish Hatchery System, to incubate and grow out to stocking size in the autumn of 2017. 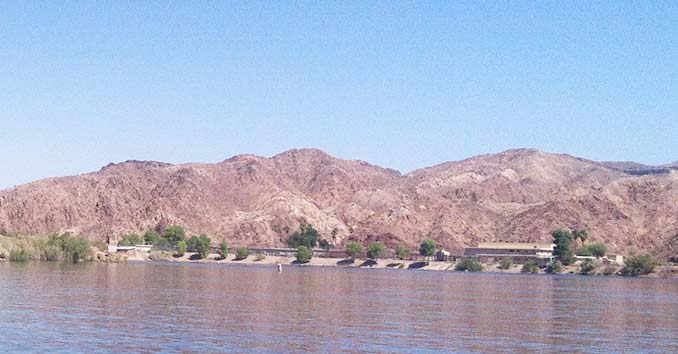 “This is a huge win for Arizona anglers and for the local community,” said Arizona Game and Fish Director Larry Voyles. “It’s gratifying to see the collective efforts of the agencies and stakeholders coming to fruition. We’re particularly grateful to Senator McCain, Senator Flake, Representative Gosar, and Mohave County Supervisor Hildy Angius for their staunch support in bringing trout propagation back to Willow Beach.”

To mark the momentous occasion made possible by the commitment and coordination of many people and organizations, a ribbon-cutting ceremony will be held at Willow Beach NFH in early autumn, a date to be announced later.

The mission of the U.S. Fish and Wildlife Service is working with others to conserve, protect and enhance fish, wildlife, plants and their habitats for the continuing benefit of the American people. We are both a leader and trusted partner in fish and wildlife conservation, known for our scientific excellence, stewardship of lands and natural resources, dedicated professionals, and commitment to public service. For more information on FWS work and the people who make it happen, visit www.fws.gov/southwest/