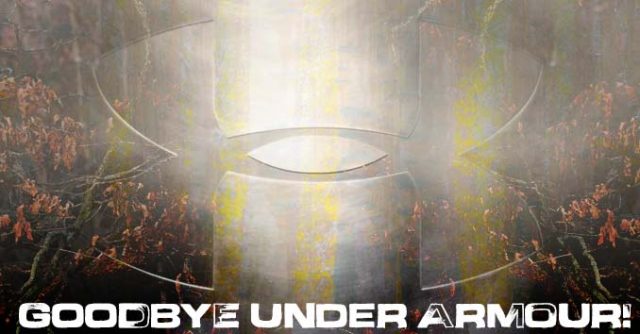 For years the anti-hunters and the demented PETA idiots have cried about how unfair it is for the animals when hunters use guns, arguing that hunters should only be able to hunt with knives or spears to even the odds. But now that someone has done just that, not surprisingly the hypocrites are up in arms.

But that’s not really a shocker, right? I mean we know that these people are mentally absent, but we’ve always been able to count on the hunting community to stick together and push back against the forces of idiocy that wish to ban what we do. So when a company that claims to be one of us, and makes millions upon millions of dollars selling us hunting gear and clothing turns their back on us, and sides with the very people who attack us on a daily basis, we have a problem! 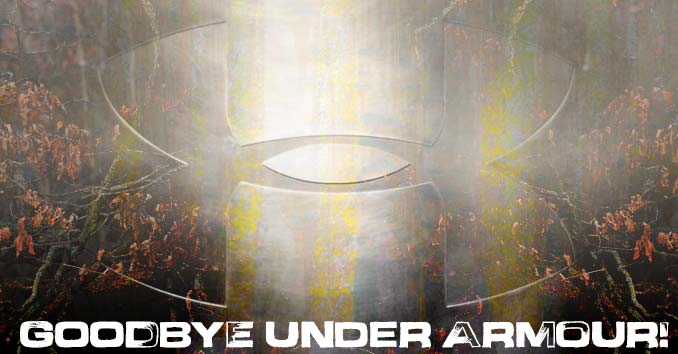 Earlier this month the Anti-hunting idiots created an online uproar over a legal bear hunt in which Josh and Sarah Bowmar hunted a bear with a spear. Soon after the story hit the media, the sissies at Under Armour ended their relationship with huntress Sarah Bowmar.

They issued the Following Statement on Facebook, hidden inside another post because they didn’t even have the balls to make an official statement to the hunting community:

Under Armour is ending its relationship with Sarah Bowmar. The method used to harvest this animal was reckless and we do not condone it. We are dedicated to the hunting community, support hunting practices that ensure a responsible and safe harvest of the animal, and support hunting that is conducted in compliance with all regulatory laws.

On Tuesday, Canadian authorities, who were being pressured to charge Josh Bowmar with breaking a law that did not exist, confirmed to The Washington Post that they would not pursue charges against Bowmar. “The investigation is now complete,” said Brendan Cox, a press officer for Alberta’s solicitor general. “As there is no evidence that any existing laws were broken, no charges will be laid.”

This is all Anti-Hunting Bullshit!

Under Amour as a company has every right to do whatever they want with their brand and the people they sponsor, but as a hunter and fishermen who used to buy their products, I also have the right to tell them where to shove their bullshit!

I have pulled all of our reviews of Under Armour products off of this site and off of my main site OFFGRIDSurvival.com — We will no longer be wearing or supporting products from companies who so quickly turn on the people who made those companies what they are. If you are against hunting, stop selling hunting products!

My Thoughts on Josh and Sarah Bowmar’s Bear Hunt…. 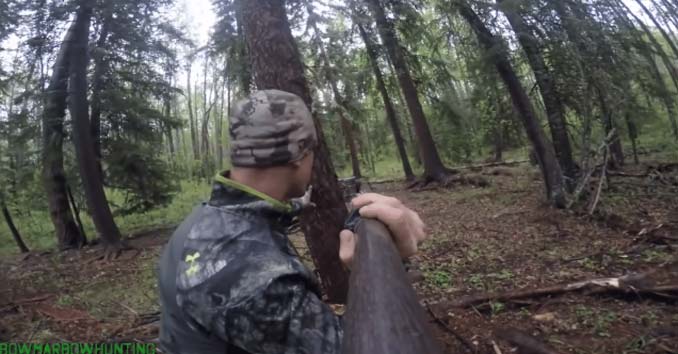 I have no problem with the actual hunt; as I said above, the crying sissies at PETA have been suggesting this type of activity would help even the playing field for years. I don’t think there was anything unethical about what they did. That being said I do have a problem with the fact that no one carried a firearm!

From a survival and preparedness perspective — I do run one of the largest survival sites on the internet, so I usually look at everything from a preparedness point of view — I think it was foolish to go on this hunt without a backup firearm. The only problem I have with these types of videos is when the shooting of the video or the marketing behind them trumps fundamental safety issues. It’s the same issues that I have with so many of today’s television hunting and survival shows. I get ratings and clicks are important for these shows and websites, but human life is much more valuable!

Plain and simple, I think someone should have carried a firearm in case something went wrong and the bear ended up charging one of them. For me it’s 100% a safety issue, that’s it!