This week there was a huge uproar after Melissa Bachman, star of the show Winchester Deadly Passion, posted pictures of herself posing with a Lion she had just killed while out on a hunt. 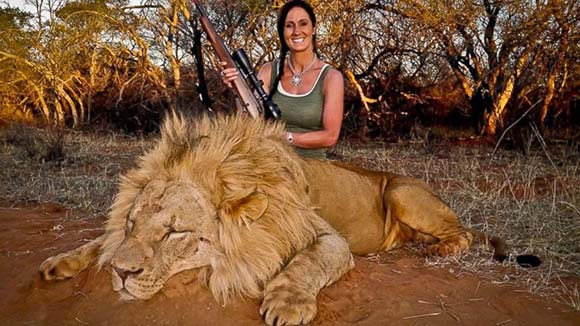 Over 450,000 people signed a Change.org petition calling for the South African government to ban her from the country. But is the controversy just another chapter in animal rights activists misunderstanding over Conservation, or is this type of hunting something that makes all hunters look bad?

In no way did Bachman do anything to disrespect the laws of South Africa, but this type of hunting has critics even within the hunting community. Many feel that exploiting these large animals, simply for the sake of killing them, is damaging not only to the animals, but to the public’s perception of hunting in general.

Personally, I don’t hunt anything that I’m not going to eat; so I’m not a huge fan of hunting these animals so I can add some sort of trophy to my wall. That being said, many of these hunters contribute a great deal of time and money to conservation, and in many cases these animal populations have to be kept in check for the greater good.

In spite of an overwhelming amount of criticism, there are some coming to her defense, saying lawful hunters like Bachman are instrumental in raising money for conservation efforts, and keeping wildlife populations stable.

What do you think?