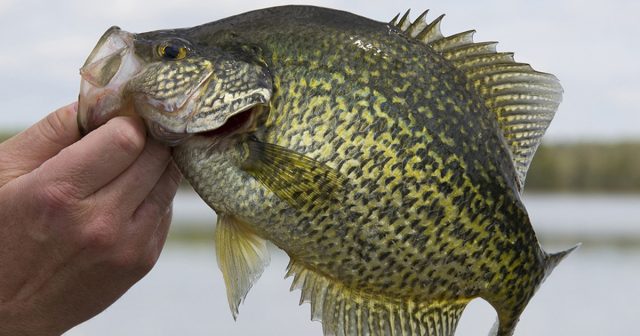 Besides Bass being on their beds, for a lot of us, the yearly Crappie spawn is close to that of a holiday for fishermen as it gets. Come the end of March and beginning of April; spawning Crappie are going to start to swarming into the warm shallow waters as temperatures start to heat up.

Experienced Crappie fisherman love this time of year as there is no better time to locate large numbers of aggressive crappie and have the day of their life if you know how to properly locate and fish these shallows. So if you want to kill it out on the water, it’s worth taking a few minutes to familiarize yourself with the best location, techniques, and gear to increase your odds of catching big, spawning slabs.

When the Crappie Spawn Begins

The actual dates of the run will depend on the temperatures of the region you live in. Down South the spawn could start as early as March, move up towards the central regions of the country and you are looking at the beginning of April, head up North of Illinois and and the spawn might not start until the end of May.

Spawning behaviors: What Crappie do during the Spawn

A crappie’s spawning period can last anywhere from a couple of days to a few weeks, but under optimum conditions it generally lasts about a week.  Here is what the process looks like:

Location: Where to look and fish for Spawning Crappie

The spawn usually occurs in very shallow waters, sometimes the water they are in is only a couple of inches deep. In fact, often times it’s so shallow that you can easily spot the dorsal fins sticking out of the water. That being said, they can build their nests in water that ranges from inches to 10 feet of water, deeper beds will usually be found in clearer water.

The surface on which they build their beds is usually going to be wither soft mud, sand, or gravel-like materials.

The great thing about Crappie is they can be found in every one of the lower 48 states, but that doesn’t mean they can be found in every single pond, lake or river. When considering what waters to choose don’t be afraid to ask around on local online forums, or head to your local bait shop. Shit, I’ve gotten good tips just hitting the local bars around the waters I fish.

If you can’t find a good spot or want to find a new secret fishing hole, it is important to take into consideration these three things:

Finding the perfect spot: This is really what you should be looking for.

The Best times of day to Fish for Spawning Crappie

Crappie prefer to feed at low light so dawn and dusk will be the best time to catch just about any kind of fish during the prespawn. I personally find with crappie that dawn into the late morning (like 10 am) is the best time to go out. As the water warms with the sunlight Crappie become more active and start their pre-spawning feeding frenzy.

DAWN: At dawn, the best location to cast is right outside cover. As the Crappie move from their nest to the shallower water, placing bait right outside their nest or dropping it into the bed is a surefire way to get bites. Be sure to cast all around the cover at varying depths too.

Later in the Morning: As the day moves on,  move your target areas to the more open and shallow water. This is where the feeding frenzy will be taking place if you can find this spot after the sun rises you will be reeling in Crappie as fast as you can cast. Remember to aim for areas in direct sunlight about 1-3 feet deep.

What Baits to Use for Crappie

First things first, let’s talk about the best bait for catching crappie. As any fisherman know there is no exact science to what bait is going to work. The jig that was catching fish yesterday could leave you dry today. However here are a few tips to at least get you started and heading in the right direction.

Minnows are a great bait to start with and work well in most regions where you can find Crappie. Fathead minnows are naturally found in most of the same lakes that crappies live in so if they are available at your local bait store be sure to use those. Of course, if you are an all-natural die-hard or maybe just a little superstitious you can always catch your own.

Although not as popular, mayflies are a good choice if your local lake or pond is highly fished –If they are local to your area. If not just go ahead and uses some other flying insect.

Having a mixture of minnows and insects will give you a few live baits options, and improves your chance of having the Crappie run of your life time.

One of the great things about Crappies fishing is the wide selection of cheap jigs available. The preferred crappie jig is whichever one happens to be working, but in general I like to go with the heaviest weights and biggest jigs. Sometimes these bigger baits just aggervate the hell out of them and will usually get them going. During the spawn, I also like big, bright colors; they will generate more attention and more strikes.

Fishing in Kamchatka: A Story of Beautiful Fish and Hungry Bears