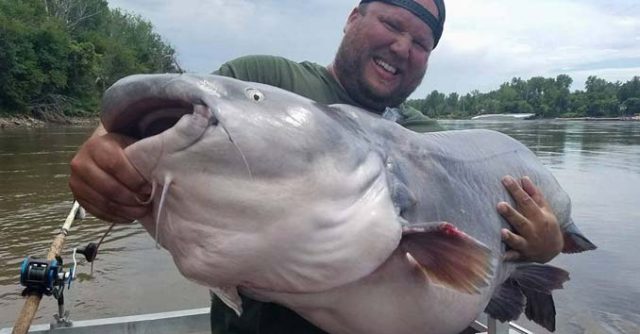 Earlier this month, Catfish Anglers Jakob Hals and Luke Hentges from Northwoods Angling released a video of what they claim is the largest Blue Catfish ever caught on film.

The fish was an absolute monster, weighing well over 100 pounds. It was caught on the Missouri River in Missouri, and measured in at 55 inches long and 41.5 inches in girth!

They caught the monster using 80lb PowerPro Braid on a Tomcat Custom 7’10” Medium/Heavy action rod. They were using Skipjack Herring for bait — something a lot of people who are going after the monsters use to catch trophy size cats. 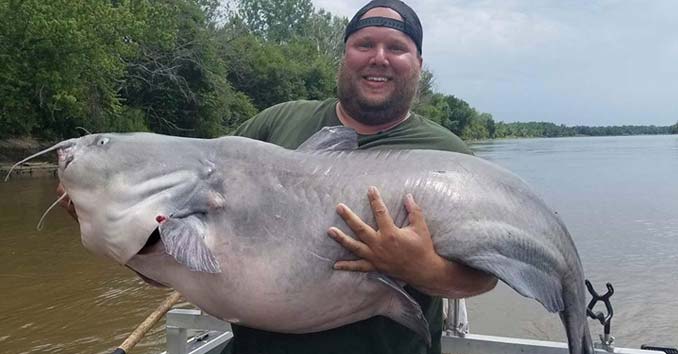 The best part of the catch was their reaction when they saw this monster catfish start to surface. I think all of us can relate to that excitement, but man to see something like that come up to the surface, well that’s exactly why we keep going out there, isn’t it?

Check out the Video…