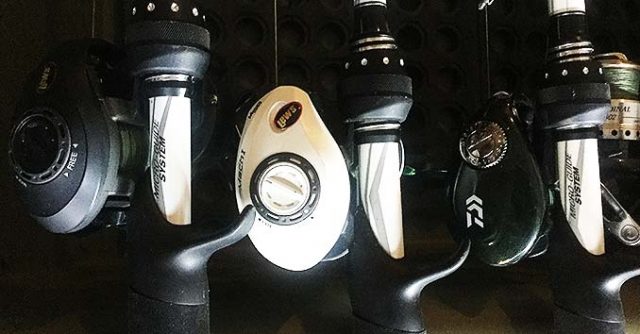 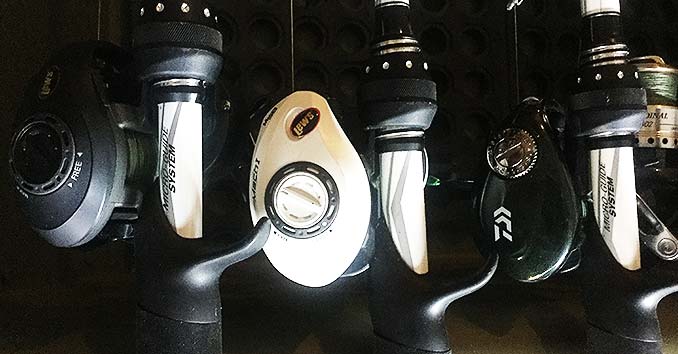 For new anglers, heck even for season anglers, buying a new reel can be an overwhelming experience. With so many different models, brands and gimmicks it’s hard to know exactly what is what;  then throw in bearing counts and those other numbers printed onto the reel, and it can feel like your back in high school algebra.

Gear Ratios: The numbers that you need to pay attention to!

Today we are going to look at the numbers that confuse most new anglers: Gear Ratios. It’s one of the questions I get asked the most; and yes, it really is important.

Don’t worry it’s actually not all that completed.  The Gear Ratio of a reel is simply the measurement of how many times the spool on the reel turns with one full turn of your handle. That’s it!

So why is that important? Well because speed matters when fishing different lures.

Let’s say you have a reel that says 7.3:1. That reel is what’s known as a high-speed reel. The spool on that reel is going to turn 7.3 times for every time you turn the handle one full rotation. That’s going to allow you to really burn your lure through the water; something that is important when fishing buzzbaits and spinnerbaits that need to move at faster speeds to be effective.

Why is it called the gear ratio?

So that means when the larger main drive gear is turned one revolution by the handle, it turns the smaller pinion gear, the larger number of times causing the spool to do the same. 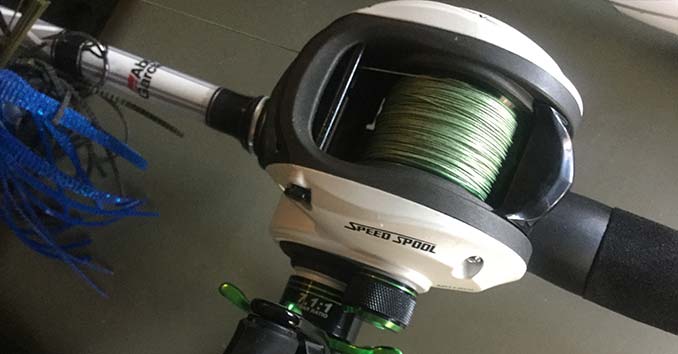 I usually fish with at least a couple of different rods; when I’m out on the lake that often causes people to ask, “hey why so many different fishing poles?” Well because different baits do better on different rods, reels, and even lines.

A lower Gear Ratio is the ideal reel when fishing with baits like larger swimbaits or crankbaits. A reel with a gear ratio around 5.1:1 is going to help you get those baits down deep without having to put in so much effort.

In colder weather, these are usually the ideal reels, especially when you need to slow down your presentations and keep your bait in the strike zone for a longer period of time.

These are your workhorse reels that can be used in most situations. They are the most popular gear ratios on the market, and most bass anglers have at least one of them. They can give you the extra speed you need to trigger those reaction bites, while still allowing you to slow down your speed by simply slowing down your cranking speed.

As far as lures, these reels are most often used with topwater baits, swim-jigs, and shallow spinnerbaits.

I usually use a higher gear ratio for just about everything except crankbaits. A higher gear ratio will allow you to quickly get in and out of the strike zone, significantly increasing the number of casts you can make during a day out on the water.

These reels are a must for buzzbaits and high-speed spinnerbaits, but they are also great for jigs and plastics baits where you are constantly flippin and pitching into small areas and then really cranking the bait back to your location so you can quickly pitch it into the strike zone again.

Another advantage to using a higher gear ratio is it helps you reel up the slack in your line quicker to set up for faster hook set.

There is another important number that’s not talked about: Inches Per Turn (IPT)

So if speed is really an issue, and you are comparing two different reels you want to look for the IPT number. The IPT will tell you exactly how much line you can expect the reel to take up with every turn.

So why is the gear ratio even important?

Becuase it does tell you the power of the reel.

Keep in mind; low gear ratios generally mean higher power reels because reducing the number of revolutions increases the power of the reel.