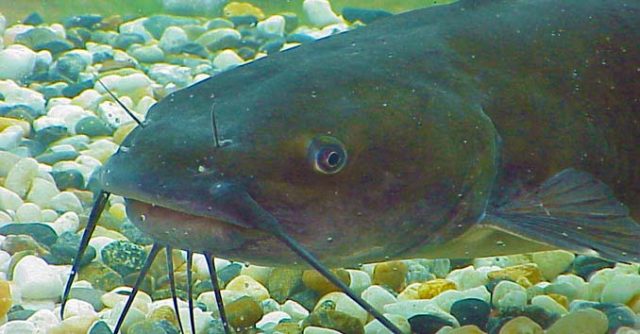 Fishing for catfish in fast-moving currents can be a challenge, but it’s a challenge that can produce huge results.

When it comes to targeting large catfish, there’s nothing like fishing fast-moving rivers. But if you’re looking to catch a monster, there are a few things you need to know.

First targeting large catfish is much different from catching the smaller ones. While small catfish are notorious for taking just about anything with a strong smell, their larger counterparts aren’t scavengers and usually prefer large live bait.

What baits to use when fishing for large catfish 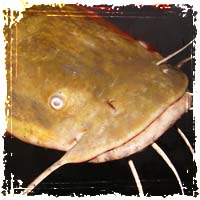 When targeting large catfish, especially flatheads, it might sound weird but I leave the traditional baits at home. Stink baits, Nightcrawlers, anchovies, and chicken livers are great for smaller cats, but when it comes to catching the big ones there’s nothing better than live bait.

Catfish are predators by nature, and when they reach a certain size they stop scavenging for food in favor of live moving bait. While they will take the occasional stinky baits, you’ll have a much better chance using live baits like, small carp, goldfish, shad or bluegills. These fish are looking for a meal, and they are looking for something big.

If you don’t have access to live bait, then large chunks of fresh-cut oily fish like shad, carp or herring are your next best bet.

When to fish for catfish 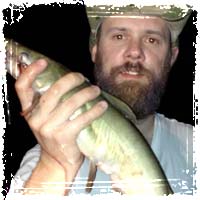 While many people think catfish can only be caught at night, some of the largest catfish I’ve caught have been during the daytime. The trick lies in knowing where to look.

During the day, I like to target fast-moving currents where the larger catfish often lay in wait for smaller fish that are being pulled downstream by the current. These larger cats will sit facing upstream, near breaks in the current, just waiting to snatch anything that floats by.

When fishing at night, I switch to shallow areas with very little current. When the sun goes down, the larger catfish tend to leave the faster currents in search of fish that have made their way into the shallows.

Where to find catfish when fishing a river

While many people think catfish can only be caught at night, some of the largest catfish I’ve caught have been during the day. The trick lies in knowing where to look.

When fishing for catfish in fast-moving rivers like the Colorado River, the key to success lies in knowing where to cast your bait.

While everyone has slightly different techniques, in general you want to look for areas where the current slows down or is blocked by large rocks or tree stumps.

When fishing for large catfish, look for areas