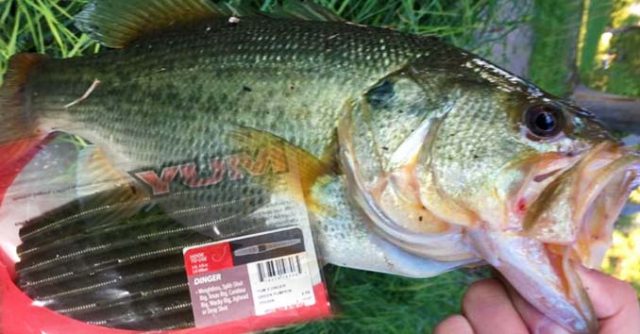 Ask a thousand bass fishermen about their favorite bait, and you’ll probably get a thousand different answers, but there is one bait in my arsenal that I trust more than anything else and that’s a traditional Senko.

Whether it’s a Senko, a Yum Dinger, or some other knockoff, Plastic Stick baits are some of the most effective, versatile, and deadly bass baits on the market. In my opinion, and I say this based on personal experience, there isn’t a better bait out there. I’ve caught more bass on Senkos and Yum Dingers than any other lure I use. Weightless, Texas rigged, Carolina-rigged, drop shot, internally nail weighted, weedless, wacky, tossed into cover, you name it, Plastic Stickbaits catch fish; lots of fish!

If you’ve never used one, then the first time you see it you’re probably going to wonder why anyone would fish with it. Frankly, when compared to other plastic baits with their eighteen million appendages, wiggly things, and textures, the Senko seems downright boring. But trust me, there is something about the way this bait falls that just drives bass crazy.

What Plastic Stickbait Brand Should You Pick? 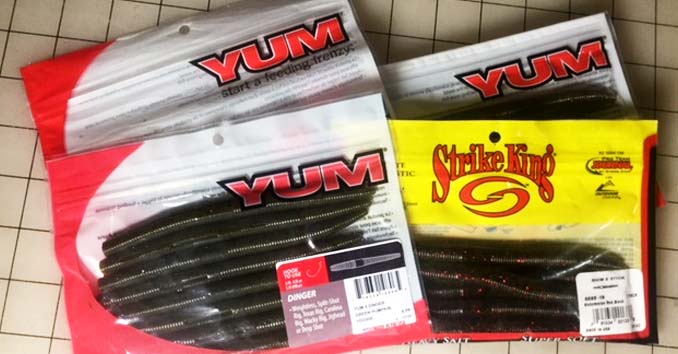 Senkos are probably one of the most expensive stick baits on the market; so most of the time I go with something like a YUM Dinger – they’re cheaper, and I really can’t tell the difference between the two baits while out on the water. I’ve fished them both, and the catch rate is about the same.

What stick bait you choose really isn’t that important; there are a ton of knockoffs and brands out there, and at this point, they are pretty similar in performance. Some of the alternatives include Z Man ZinkerZ, Strike King Ocho, Bass Pro Stick Baits, Wave Worms Tiki Stick, Big Bite Baits Trick Stick, Gambler Ace, Lake Fork Hyper Stick, and Berkley Havoc Ike’s Flat Dawg. Just pick one you like and go with it.

What Color Senkos should you use?

90% of the time I fish with stick baits I’m going to go with one of two colors, either Watermelon Seed or Green Pumpkin. While presenting the bait correctly is probably more important than the color, these two colors seem to make the bait just that much more effective.

If I’m fishing in an area with shad, then I might switch to a shad color Senko, but for the most part, I stick to the two colors above.

Yum does make a Dinger that is half Green Pumpkin and half Pearl White which I’ve had a lot of luck with. I bought them on sale a while back, and they are the only other color I keep in my bag.

How to fish a Senko or Plastic Stickbait 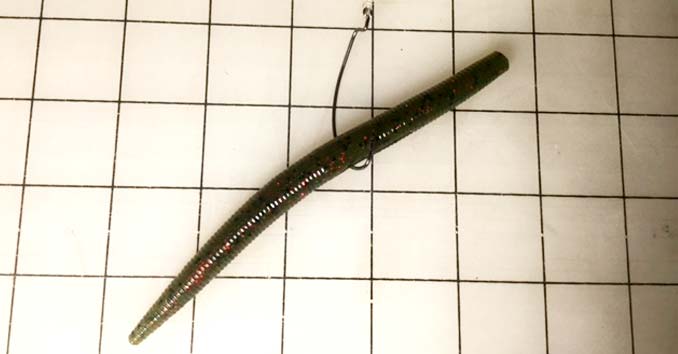 A majority of the time I’m going to wacky rig the stick bait. In the summer, I’m more likely to texas rig it or attach it to a small weedless jig head. In colder weather, I usually go weightless – there is just something about the slower fall that works when the weather starts to dip. In those cases, I generally cast past my target run it slowly across the top of the water and then let it drop slowly into the target zone.

Where and how to throw a Senko 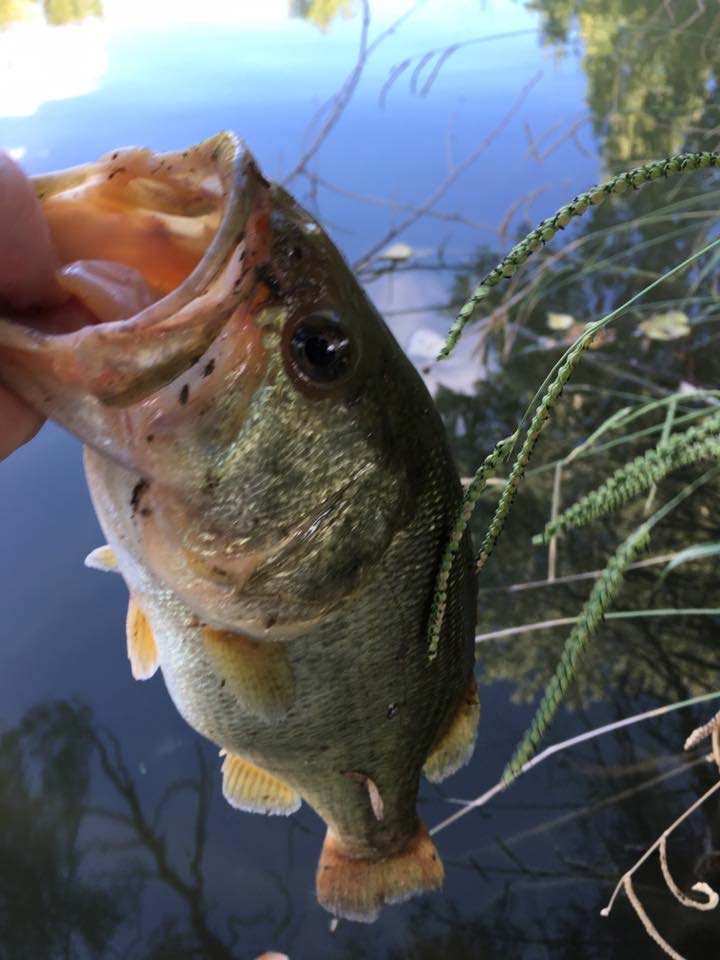 Experiment! Depending on the time of day and about a million other factors the way you throw, retrieve, and fish the bait are going to vary, so don’t get bogged down with one technique.

One of the most common techniques is simply slowly lifting your rod to about 11 o’clock and then letting the bait fall, and then repeat all the way back to the boat or shoreline. But again, don’t get stuck in a rut, sometimes varying your retrieve is all it takes to turn the game around.

If I’m fishing a Senko, then I’m usually looking for some sort of cover: docks, fallen logs and branches, Tules, etc.

A vast majority of the time you are going to nail the bass on that first fall, so if you are fishing a competition or you’re just an impatient bastard like I am, then I advise moving around if you don’t nail the bass on that first fall. If I’m sure there is a bass, I might throw it at the same spot a couple of times, but if it doesn’t hit, I’ll move along and maybe circle back about 5-10 minutes later. The only real exception to this is if I’m fishing beds, then I might let the Senko fall and just hop it in the center of the bed for a while.

Remember, mix it up. Don’t listen to anyone who tells you there’s only one sure-fire way to fish a bait. Don’t listen to the “you have to fish stick baits slow crowd.” There’s times where that is true, and then there’s times where twitching it like a crazy man and letting it fall and giving it a twitch half way on the fall is what’s killing them. Once you key into a pattern that’s working, screw what anyone else is telling you.

Here are a couple dinks and one nice size bass I caught on Yum Dingers to give you an idea of how you can fish them.

I can’t tell you how many times I’ve been nailing bass after bass on Senkos when some other fisherman comes up and says, “You know what, I have never caught a single bass on a Senko-style bait.”

It’s probably because they have no idea what to watch and feel for; they are expecting some sort of monster topwater hit and don’t realize they are probably missing fish, after fish, after fish. Fishing with a Senko isn’t something you get your first time out. It takes time to know what to watch for, and over time you are going to develop your own unique technique. It really is an art.

Most of your strikes are going to happen on the fall, and a lot of the time you aren’t going to feel the fish in the rod. You really need to watch your line as the bait is falling, and watch for any irregularities. 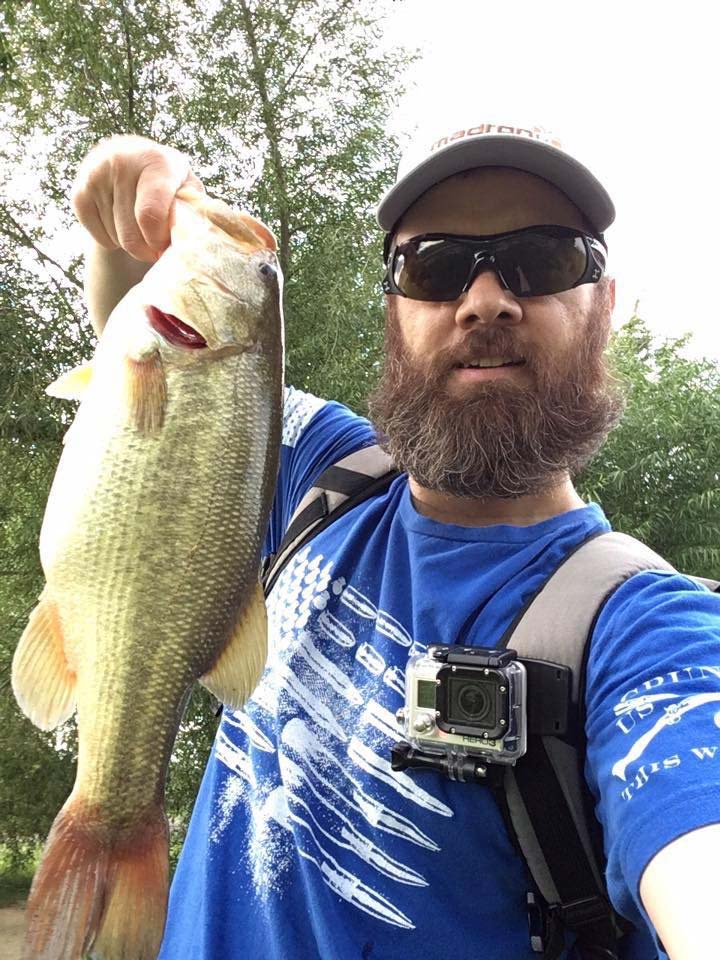