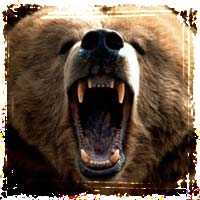 Seven bear attacks have been reported in the last week, making it more important than ever to realize that you need to be aware of your surroundings while out in the wilderness.

While 7 bear attacks in one week makes for sensational headlines, it’s not something that should cause a mass panic, but it is a reminder that the wilderness needs to be respected.

What to do if You encounter a Bear.